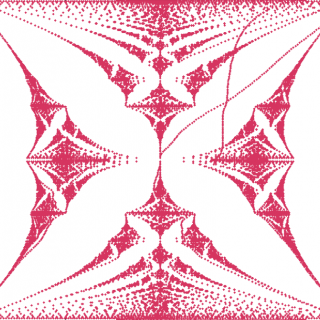 The study of topological band structures has grown explosively in recent years. The excitement stems not only from scientific interest but also from possible applications, as topological bands offer the promise of new types of electronic conduction and magnetic control.  Many of the most exciting theoretical proposals are likely to be achieved first by using the tunability of atomic systems.  Using recently developed experimental tools, the motion of trapped atoms can be affected in ways that are analogous to those of electrons in solids, or, even more interestingly, in ways that we do not know yet how to realize in solid state materials.

A simple example of topological band structure is that of electrons moving in a 2D lattice under an applied magnetic field.  In atomic systems, effective magnetic fields have been realized which are equivalent to real fields of thousands of Tesla, far beyond what we can impose in real materials.  Interestingly, these effective magnetic fields are produced by driving atoms with time-varying fields, so that non-equilibrium many-body physics – the other main focus of CAIQuE – is invariably encountered in these experiments.  Other avenues toward creating topological materials, including the study of 2D Kagome lattices, photon-assisted tunneling, quasiperiodic lattices, and trapped ion chains, are also being explored by theory-experiment collaborations within CAIQuE.