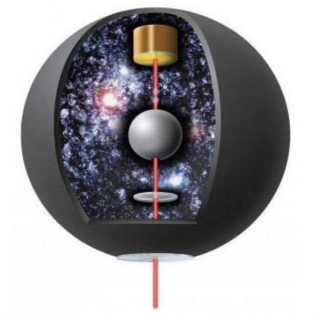 Our understanding of the Universe, at a fundamental level, is certainly incomplete. Astrophysical measurements suggest that the preponderance of mass and energy in the Universe is of unknown composition, identified only as “dark matter” and “dark energy”. The adequacy of known physical laws remains unconfirmed experimentally in many physical regimes, so that, for example, we have not yet measured whether extra forces may appear between closely spaced objects or whether quantum mechanics remains valid for large and complex objects.

Precise measurements involving quantum objects – quantum metrology – can play a decisive role in testing known physical laws and discovering new ones. For example, members of our collaboration have performed sensitive searches for certain dark‐energy candidates and tested the Standard Model through the most precise measurement to date of the fine structure constant, by using the quantum nature of atomic matter‐waves. Laboratory measurements, particularly on atomic and molecular systems, are now recognized (and funded) as indispensable complements to high‐energy accelerator experiments to probe fundamental physics. Our collaboration is well positioned to extend these methods using new atomic and molecular species.

The quest for many‐body quantum emulators has yielded a wide array of experimental tools for manipulation of quantum objects and the generation of entangled quantum systems. Here, we ask whether these tools and new forms of quantum matter can used in more precise measurements of fundamental physics and to discover new fundamental properties of our Universe. Quantum sensors also have many practical applications. For example, atom interferometers serve as accurate inertial sensors. Improving such sensors with quantum emulation techniques will improve future quantum technologies.